The Nkhotakota Wildlife Reserve in Malawi is one of the two large game areas in central Africa, with large herds of elephants being translocated into the reserve and more than 130 recorded species of vultures and birdlife calling Nkhotakota home.

We’ve teamed up with African Parks, a non-profit conservation organisation that takes on the responsibility for the rehabilitation and management of national parks in partnership with governments and local communities. Experience remote areas of Africa on one of our partner expeditions and directly support African Parks conservation efforts.

Everything you need to know about Nkhotakota Wildlife Reserve

Imagine a rugged wildlife reserve crossed by a number of fast-flowing rivers, impressively large lakes and thick woodland shading the reserve’s wild residents from the bright midday sun. The Nkhotakota Wildlife Reserve is one of the two large game areas in central Africa, with large herds of elephants being translocated into the reserve and more than 130 recorded species of vultures and birdlife calling Nkhotakota home. Since 2015, the reserve has been managed by African Parks, one of Ker & Downey® Africa’s conservation partners. Since taking over the development and protection of Nkhotakota, over 1500 animals have been introduced into this African sanctuary, meaning that there is no shortage of wildlife to see when visiting.

African Parks took over the management of Nkhotakota Wildlife Reserve in August 2015, at which time elephant numbers had been seriously depleted, poaching was rife, and animals could not feel safe. Under African Parks, 520 elephants were reintroduced into the reserve from nearby national parks along with 1,400 game animals coming from Liwonde and Majete parks. A 19,000-hectare area has been gated to allow rare and endemic species to breed in safety, and hundreds of traps and snares have been removed. The local community is at the heart of the conservation efforts at Nkhotakota Wildlife Reserve, with local students being given opportunities to continue their education with reserve-funded scholarships and local villagers being asked to help with the protection of the wildlife.

What can you expect of the terrain?

The Nkhotakota Wildlife Reserve is nestled snuggly between the vast Chipata Mountain and the dense miombo forests of central Malawi. Located at approximately 12.8264° S, 34.0196° E, the 1,800-kilometre squared wildlife reserve is dominated by rough sloping hills, vast lakes and river, and endless woodlands that are home to thousands of wild and rare animals and bird species.

The Nkhotakota Wildlife Reserve is an area of outstanding natural beauty, most of which has been untouched by man. The reserve begins at the edge of the vast escarpment above the Great Rift Valley, down to the narrow plains beside Lake Malawi, and across rocky outcrops, deep caverns, and thick woodland dissected by wildlife-rich rivers that give life to this remote region. African Parks has erected fences around the whole reserve, ensuring that it retains its wild and undisturbed position as Malawi’s greatest wildlife reserve.

Thanks to the conservation efforts of African Parks, the Nkhotakota Wildlife Reserve is a haven for wild and wonderful animals. More than 130 bird species have been recorded in the reserve, including palm nut vultures and giant kingfishers. Before African Parks took over the management of the reserve, the elephant population had been reduced to just 100 as a result of poaching. In 2016 and 2017, African Parks reintroduced 520 elephants and 1,400 game animals back into the reserve, making it a safe-haven for large herds of sable, kudu, buffalo, impala, warthog and waterbuck.

Although it is remote, as Malawi’s oldest and largest wildlife sanctuary, Nkhotakota Wildlife Reserve has no shortage of activities to satisfy every adventurous visitor. Walking safaris are the best way to get up and personal with some of the continent’s largest and most intriguing wildlife. Expert guides will take you deep into the woodlands following the tracks of herds of elephants, kudu and warthogs. You could try angling in the salmon-filled waters of the Bua River, witnessing this impressive endemic fish in its natural habitat, or drive with an expert local guide through the bush, crossing streams and grassy fields in search of elephants stripping trees of their leaves. Climbing is also a great way to appreciate the vast size of the reserve, pulling yourself up tall cliffs and down into deep gorges in search of the most spectacular natural views.

There is no bad time to visit Nkhotakota Wildlife Reserve, but the dry season between May and October brings cooler temperatures and sunny skies. This is the best time for photographers and those looking to track the land animals. Between December and February, the heavy rains come to Nkhotakota, resulting in flooding in the river plains and more huge crocodile and hippo sightings. 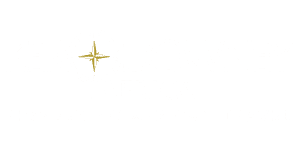